Which Day After Rhinoplasty Is The Worst? 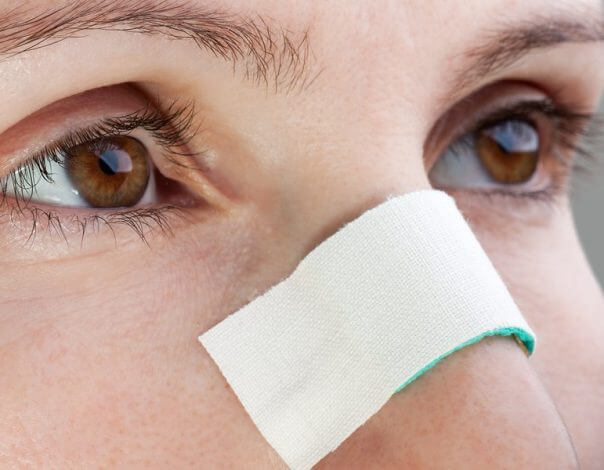 Which Day After Rhinoplasty Is The Worst?

After your rhinoplasty, some recovery days will be worse than others. From the earliest steps to the final part of the healing process, you will face occasional challenges as you get used to your new and gradually improving appearance. But which day after your rhinoplasty surgery is the worst? In short, and this is nothing to dread as it’s also a milestone, your splint removal day is the worst. To understand that, let’s look at what happens after surgery.

What Happens After Surgery?

During the first 3 to 5 days, you will experience internal swelling that creates the feeling of having a perpetually stuffy nose; a fairly unpleasant sensation but not a particularly painful one.

In the weeks following surgery, your surgeon will need to remove the external splints that were put in place to allow your nose to set in the correct position. This procedure is usually carried out between 5 and 10 days after surgery and is the first major milestone in your recovery.

Two weeks later, your surgeon removes the internal nasal splints that supported the structure of your nose in the spots where cartilage was removed or bone was manipulated. Removing the splints allows the inner membranes of the nose to begin healing. The removal of internal nasal splints is a process that can cause soreness and be uncomfortable.

You may not have noticed it, yet we have already passed the worst day of recovery.

It is the first step: The day the external splints and adhesives are removed is typically considered the worst day in the rhinoplasty recovery period. Until this point, your nose would have been supported by the splints. Removing them can cause further swelling and bruising around your nose and eyes. Experienced surgeons often avoid this problem by refraining from taking the splints off too soon after surgery. In an effort to make no day the worst day of recovery, Dr. Siegel also prefers to use a single small plastic splint that covers the nose but not the face, and he typically removes this 7 days after the procedure, effectively resolving the two primary factors that make the worst day in rhinoplasty recovery.

How Does Dr. Siegel’s Technique Differ?

The specialized rhinoplasty technique Dr. Siegel has developed over many, many years, helped by the micro-instruments he uses, is minimally invasive. It is designed to cause patients less pain, bruising and swelling than traditional methods, while yielding equally dramatic improvements.

As detailed above, when your splints are removed, you will notice some swelling and bruising at the tip of your nose and below your eyes. To reduce the extent of this, Dr. Siegel will avoid packing the nasal cavities with gauze – a harmful practice often used by some other surgeons. But, inevitably, even the most careful approach will leave some signs that you have indeed undergone a surgical procedure. You can expect moderate to severe swelling, bruising, and pain that is manageable by pain medication. It is helpful to keep in mind that hundreds of thousands of people have walked the very path you are now on, and that every pain is simultaneously a milestone on the road to your beautiful new nose.

In the period after your splints are removed, you will need to be extra careful. Normally, when your internal splints are removed, you are advised not to blow your nose for a while, as that can lead to damaging your membranes and risk of infection. But when your external splints and adhesives are removed, your temporary sacrifice would be even greater: You’ll be told to avoid crowded situations – such as bars and sporting events – for a few weeks, to avoid getting bumped on your nose. This period can be quite hard for some people, yet it is far better to be safe than sorry and remain entirely out of those situations. That way, you will be able to enjoy the final results to their full extent when the healing process has finished.

It is crucial that you follow your plastic surgeon’s advice to heal as well and quickly as possible. It’s also important to seek out a rhinoplasty specialist who uses extensive experience, adept surgical skill and modern techniques to minimize the pain, swelling, and other difficult aspects of the surgery from the get go.

Dr. Siegel is one of Houston’s premiere rhinoplasty specialists. He prides himself on the empathetic and non-invasive approach he takes in each of his surgical procedures. To find out more about what you can expect from your rhinoplasty, contact him today.